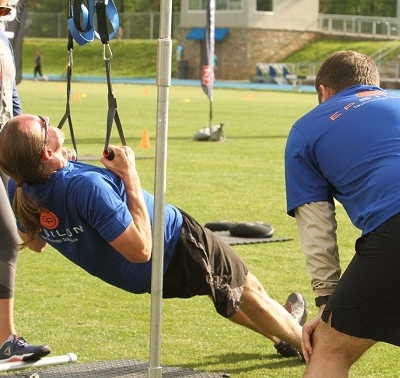 On April 27, 2017 Epsilon team members once again participated in the FIT Company Challenge. This corporate wellness event held on the UNC Asheville campus allows local companies to compete against one another. The competition is designed as three-part challenge course based on Strength & Power, Agility & Speed, and Endurance. For each part of the competition, teams work together to complete tasks such as sandbell slams, burpees, sandrope carry, and suicide runs as quickly as possible. Points were tallied based on the number of repetitions completed in allotted time.

Three team members from Epsilon were up for the challenge and competed in the Micro Division. After an afternoon of hard work (and a little laughter) they were successful in taking Top Place for their division. Great teamwork Epsilon!